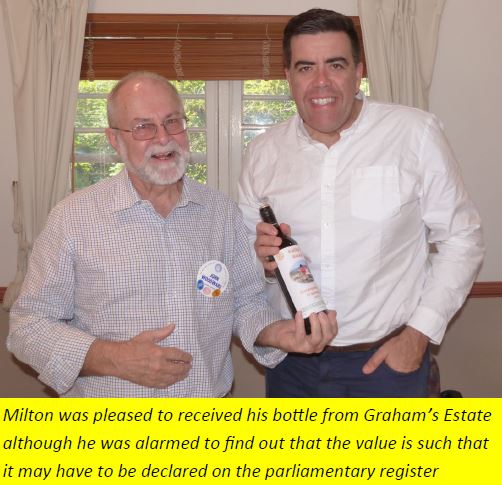 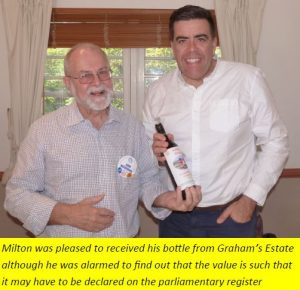 Milton Dick’s electorate covers (in terms of shopping centres for easy reference) Mt Ommaney, Forest Lake, Redbank Plains and Orion at Springfield. It is the third fastest growing electorate in the country.
His background may not have been the usual Labor political upbringing…after the Second World War his father and uncle established a chain of butcher’s shops. In this, he has something in common with Councillor Matthew Burke with whom he works collaboratively with on local issues as he does with Tarnya Smith, the local state member.
Milton’s main concerns are for the economic growth of the electorate because without jobs and opportunities, no one wins. This was particularly so with regard to youth unemployment which he regarded as far too high. Other priorities were to do with service delivery and, in particular, the roads and rail networks within the area….partly alleviated by the start of the second tranche of highway upgrade of the Ipswich Highway from Darra towards the city. He acknowledged the need for some serious upgrades within the Centenary Suburbs.
Service delivery also includes young families who needed support services and he noted the very wide divergence within his electorate from the very affluent to the disadvantaged.
Of very real concern to Milton were mental health issues; especially youth mental health issues. It was noted at the meeting that Australian Rotary Health had, for many years, pioneered research and work in Mental Heal and especially all mental health issues in children and young adults. Milton’s concerns were also focussed on addictions and drugs and we would like to see more early intervention rather trying to work at the end point ..for instance increased education and better housing. He termed his approach, ‘soft infrastructure’ as he was working with others to develop a holistic rather than a silo approach.
Milton also mentioned that he was honoured to be one of only 1306 people ever to have been elected to Parliament.