What you don’t know about the campaign to end polio 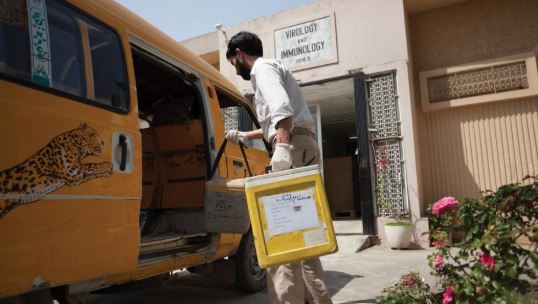 Even if the last case of polio is identified this year, a huge amount of work will remain to ensure that it stays gone.

Vaccinations will continue and need to be funded. In the areas where polio still exists, the vaccines contain a weakened live version of the virus. This is more effective than a killed virus at protecting communities from outbreaks, creating what is known as herd immunity. It’s also less expensive to manufacture and distribute. Also, because it is given orally, much easier to administer than the injectable polio vaccine (IPV).

But, while vaccine with live virus has reduced polio by more than 99.9% it carries a small risk. The weakened live virus inside a vaccine can, rarely,  mutate back to a virulent form. Where vaccination coverage is low, it can re-infect populations, even in countries that have been certified polio-free, such as Ukraine. To prevent this, once the virus has been certified eradicated, all of the live-virus vaccine around the world will be destroyed and replaced with IPV, which does not contain the live virus. This vaccine will be distributed, and trained health care workers will perform injections, a process that has already begun. We will still need to vaccinate hundreds of millions of children every year until the world is certified polio-free. By that time, polio vaccinations will have become part routine immunization programs around the world.

Once the final case of polio is recorded, it will take three years to ensure that the last case is, in fact, the final one. That means that if the final case is seen this year, all of these programs will continue to need funding and volunteers until 2019, at a price tag of $1.5 billion that will be funded by governments and donors such as Rotary. That’s in addition to the more than $1.5 billion Rotarians have contributed to the cause so far.

“We are so close. We’ve got a 99.9% reduction in polio. But we’re not there yet,” says John Sever, a vice chair of Rotary’s International PolioPlus Committee, who has been part of the eradication effort since the beginning. “Rotarians and others have to keep working. People will naturally say, ‘Well, it seems to be basically gone so let’s move on to other things,’ but the fact is it isn’t gone, and if we move on and don’t complete the job, we set ourselves up for having the disease come right back.”

“Rotary was there at the beginning,” McGovern says. “It would be unfortunate if Rotary isn’t there at the finish line. We’ve done too much, we’ve made too much progress to walk away before we finish.”