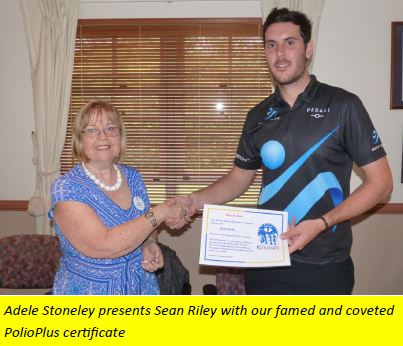 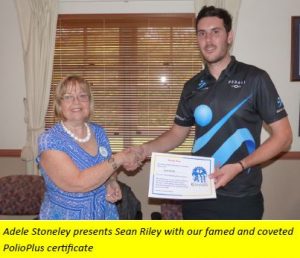 Sean noted the very strong links to movement and an assortment of health issues. In particular, he noted mental health as one area which benefited enormously from people being reasonably active and keeping on moving…..if it could be prescribed, movement would be the most widely prescribed medicine of all!
Inactivity was pandemic and linked to a number of major causes of death. In fact, Sean thought some 15 causes
could also be inactivity related and he considered that cardio respiratory fitness was essential for a longer and
healthier life. In fact, just walking was really beneficial.
Not only healthy, but exercise is free—whilst all those drugs that people appear to need cost millions of dollars. Doctors should really be promoting an out of chair and off the couch ethos.

Sean is an AEP—an accredited exercise physiologist specializing in clinical exercise interventions in order to prevent acute health issues. He told us the inactivity was now causing more deaths than smoking! But exercise need not necessarily be linked with weight loss. Losing weight might be desirable but, equally, exercise (or simply  movement) leading to improved health should be the greater or main motivator.

The question arises about how much movement is required. The standard is simply half an hour per day for five days of moderate movement eg a round of golf type  movement which could lead to up to five years of better health. If you participated in more vigorous movement or exercise, you might need less although the latest figures are advocating longer bouts of exercise to achieve maximum benefit….particularly when you include resistance type exercise.

Sean has a gym next door to Geoff Williams’ office and conducts both tailored individual programmes and group programmes…and even a combination of the two. Obviously, Sean practices what he preaches as he appeared be the picture of fitness and was extremely enthusiastic about his work.