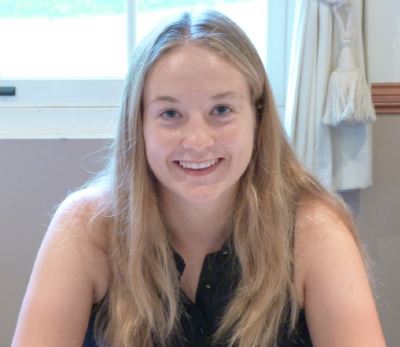 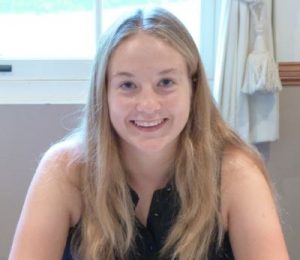 Sonni noted that Germany is within Europe, a continent of 740 million people in nearly 50 countries speaking 28 different languages. Germany, itself has 82 million people living in a country which would fit into Australia 20 times! Her home is Bochol which has a population of only 80 thousand.
She has one brother, Mickey, who is coming up to 16 years old. There had been an elder brother but he was killed in a car accident when he was ten years old. Her mother, Jutta, and father, Wolfgang, have divorced. Sonja and her brother live with Jutta and her boyfriend whilst Wolfgang lives in Poland with his girlfriend. One result of this is that Sonni does not get so see her father very often.
Although we often think of the western world as relatively homogeneous, Sonni was amazed at the number of differences between Australia and Germany….starting off with the rather dark subject of death! (Sonni has had a holiday job for some time working for an undertaker in the school holidays so this is one of her expert subjects!). She noted the difference in urns, coffins, hearses and even grave yards and the fact that you are not allowed to scatter ashes in Germany; nor would you ‘celebrate’ funerals on Facebook!
We all know of several differences between European and Australian schools but the school uniform came as a bit of a shock to Sonni as were the school campuses which are generally bigger, more spread out and with several buildings and sports grounds. Sonni got lost early on! Whilst sports are generally part of the school curriculum here, all sporting activities are generally after-school activities run by specific clubs where Sonni comes from.
She was also interested in the many varieties of football available here . Football in Germany means only soccer!

Other things that caught Sonni’s eye were the size of the trucks on Queensland roads, the fact that no one uses a fountain pen in Australia and the drinking age in Germany v. Australia which might account for the drinking culture here where young people go out and get off their faces!
Our streets have many more Asians than she is used to in Germany but far fewer people smoke here than in Germany. The streets on Saturday nights seem quieter to her whilst Sunday mornings seem much busier!
Sonni has a bucket list of things to do and most seem to have been ticked off. However, when asked about herself, she noted that she could be a bit direct but that sincerity was a strength. With three years left at school, Sonni hopes to study psychology at University.