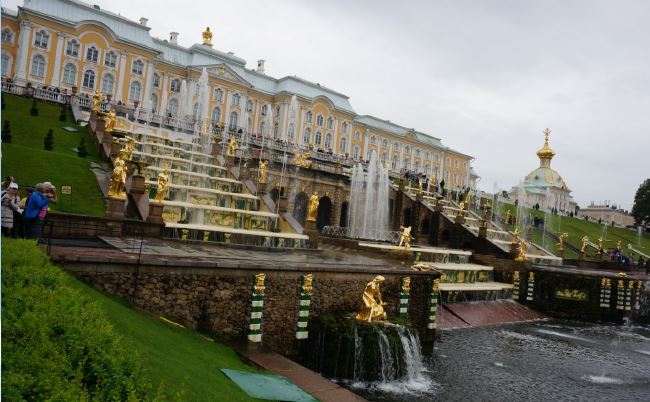 Graeme Stratford – From Russia with Love 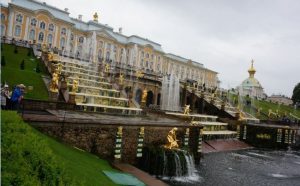 At 17million km2, Russia is 2.2 times the size of Australia and has a population of 145 million. Graeme cruised from St Petersburg to Moscow (roughly equivalent to Brisbane to Townsville) whilst he was journeying in that part of the world and spoke to the club about the highlights of those two cities.
St. Petersburg, the original capital of Russia, until the Revolution, has 5 million people, 62 canals and 312 bridges. It is sometimes referred to because of this as the ‘Venice of the north’ (although Stockholm might argue with that…Ed!).
Graeme noted that unemployment was extremely low but the reason for that might lie in the fact that there is a high level of manual labour where, in Europe or Australia, one might see greater mechanization. Graeme also noted that much that you saw was old but the underlying philosophy appeared to be that if it still worked, don’t replace it!
Another indicator of the use of labour was in security….when a tourist tried to walk on the grass at one of the palaces, he was immediately swarmed by a host of security people who appeared out of nowhere!
Another difference that Graeme saw was the attitude to OH&S. Graeme travelled by hydrofoil at one point and noted a distinct lack of safety equipment and safeguards. Perhaps the attitude was that one had to take responsibility for ones actions!
Graeme was impressed by the architecture and by the various palaces and other major buildings. There was a style that is uniquely Russian with all of the churches and cathedrals…in fact all the major buildings,….being highly ornate and highly decorated—complete with a liberal use of gold. Of particular note was Petalof Palace – the czar’s summer residence—and Hermitage Palace—now a museum.
Graeme also said that the city was one of the major ABC cities (Another B*&*&^%*y Church or Cathedral) and that it was almost impossible to take a photo of anything without at least 100 people also being in the shot…Russian cities are that crowded! In fact it was difficult to take pictures elsewhere as, frequently, cameras were banned at many places whilst, at others, a charge was levied if you wanted to take pictures.
Moscow, the capital of Russia since 1920, was founded in 1147 and has 12.65 million people. It is the world’s 6th largest city with both an excellent public transport system and the most dire traffic! Graeme noted that traffic was so bad it was almost impossible to get anywhere in a reasonable time. The underground has 200 station—44 of which are heritage listed and more than a few with wonderful and extensive artwork. The deepest station 84 metres deep with escalators that are 126 metres long. There is 330 km of track and trains run every 90 seconds.
Again, one of the features of the city are the large number of huge cathedrals which are ornate and heavily decorated. One thing that was different, though, was that, in the Russian Orthodox Church, no seats are provided. Everyone has to stand for the entire service!
However, everyone is familiar with Red Square…which is vast….and the Kremlin. The Kremlin is, in fact, a vast area that was originally a fortress but consists of five palaces, 4 cathedrals and hundreds of other building enclosed by a fort-like wall. It is home to the Russian parliament.