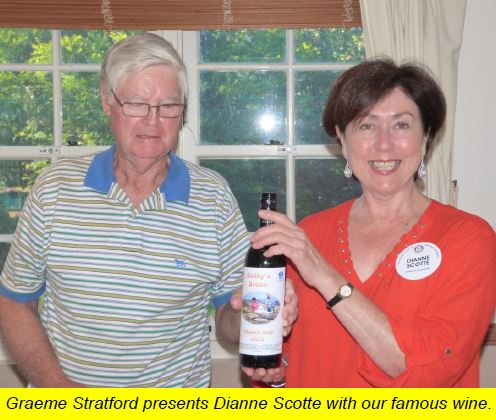 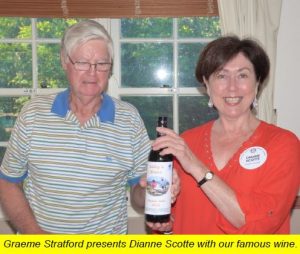 The programme was held over three Sundays and covered a huge amount of information. At its basic, it is a grass roots multi-district level development programme designed to develop potential leaders within Rotary, i.e. all those who may take any office both within their club and elsewhere.
Part I looked at various insights into leadership, the Rotary world and certain programmes within Rotary.
Part II looked at strategic planning. Team building and attracting members.
Part III took in opportunities, effective leadership strategies, public image and public relations and building a stronger club.
Because the Rotary Foundation is such an integral part of Rotary, all three sessions also contained some aspect of the Foundation.
Dianne was struck by the way the participants represented a full range of both clubs and membership: from clubs with over 40 members to clubs with less than 10; from people who had only a few months service to those who had several years, from those who held no office to those who had some experience.
Dianne also liked the mix in that some topics were just presentations whilst others were open discussions, workshops, information sharing and hands-on stuff.
Plus…the morning teas and lunches were top rate (but of course!).
Dianne thought that this was a great programme for those setting out on their Rotary Journey and she gained a great deal of information about ways in which to improve the club and about her potential contribution.—an opportunity to reflect how she fitted into the organization.
Dianne enjoyed the networking opportunities, especially with those embarking upon the same journey as her. It has helped to reinforce the goals of Rotary both internationally and locally and has led to Dianne wanting to start a mentoring programme for new members.