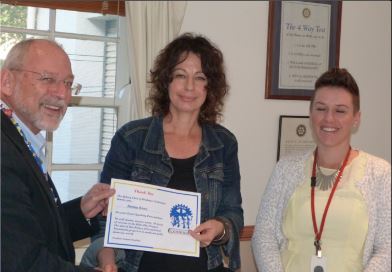 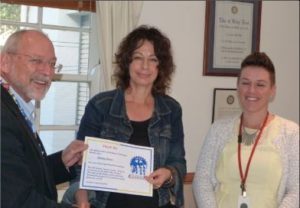 The work of Donna and Kerry is strongly relationships based – working to get links within community groups (including Rotary) for reciprocity and mutual benefit. Their roles are, therefore based in the community. Coordinators have a strong social justice background and work cooperatively with each other to support the community and identify issues. They are advocates for the communities to the council and ensure that marginal groups are represented.

Their work can be at an overview level or in-depth but they are able to access council resources for these groups. They have written grant applications—not necessarily only for council grants—and have assisted people to participate in community based projects which they have either advised on or even , on occasions, led.

Donna noted that there are council grants of up to $10,000 to help communities develop and it was part of their role to find intuitive and inventive ways to use these grants. They also identify potential funding, sources of assistance and explore ways in which they could work in partnership with groups. Donna recognised that some communities did not have the skill set or media skills which are often required. So part of the role of the council is to explore ways and means. Darra was noted as one example of extensive community support but a major area is Ellen Grove which has very low socio-economic capacity. Ellen Grove has also suffered from the withdrawal of State Government funding and loss of human resources in recent years.

Donna also spoke of the flood relief work that had been done, particularly around Centenary Village; which was initially largely ignored; because the council had not realised the extent of the flooding there; and of potential groups that needed assistance such as the aged, Non- English Speaking and others although the main focus was on low socio-economic areas – being the most in need.