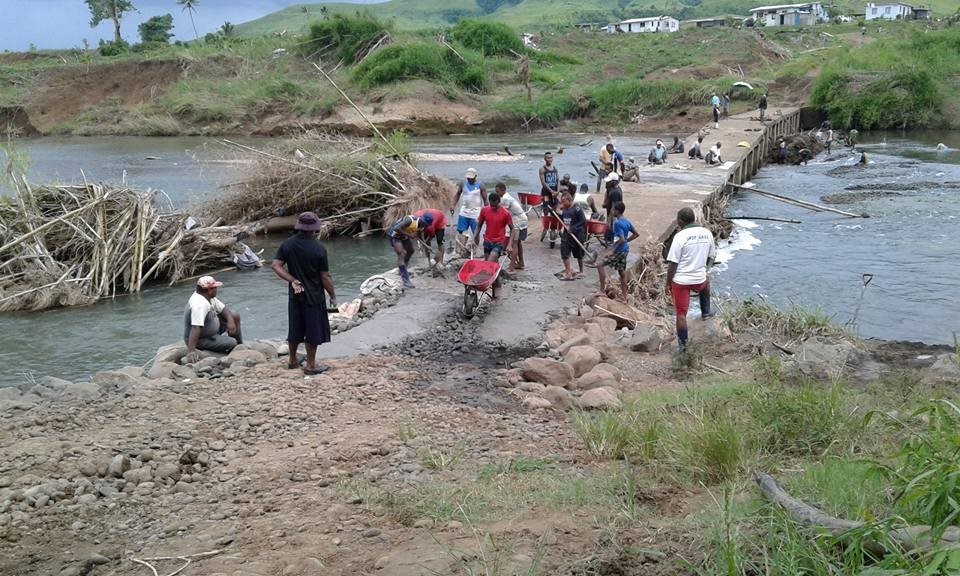 The young children were very traumatised by the cyclone and, for several months, the community was making efforts to take them out of the village for an excursion. This happened in December when they went by bus to Suva and visited many key places, such as Parliament House, the office of the Fiji Sun newspaper, the airport and the museum. Needless to say, this was a happy time for everyone and gave the children something to smile about. 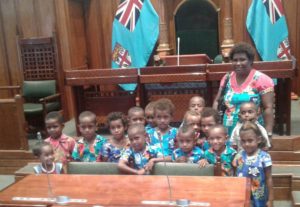 Miriama Taweke, the kindergarten teacher, with the children at Parliament House, Suva 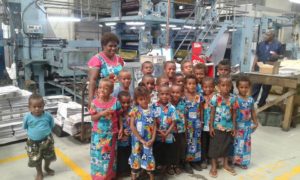 However, not long after this, disaster struck Nausori Village again. In December, serious floods hit Fiji, causing extensive damage to villages still struggling to recover from the February cyclone. For Nausori Village, situated on the Wainibuka River, it was the worst ever flood. About three-quarters of the houses were either flooded or swept away. Needless to say, the tent that the kindergarten was using as temporary accommodation went with them. 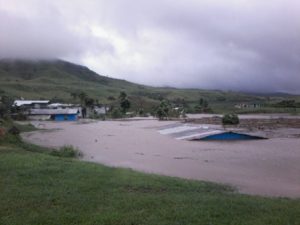 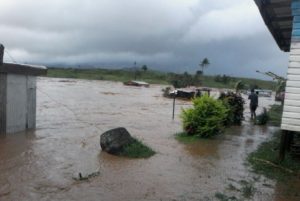 In recent weeks the men from the community have been repairing the bridge, which is critical for access to the village. 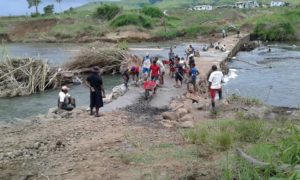 People are living in very difficult circumstances; their crops have been destroyed yet again, and they are sharing what houses remain. However, there is higher ground in the village and those who have the means will rebuild there. The site chosen for the new kindergarten will be central to this new location. It was well above the flood line. Habitat for Humanity Fiji have recently inspected the site and confirmed its suitability for the kindergarten. They have told us that they hope to start building in late March. In the meantime, we urgently need to raise more money. It’s now the end of January 2017 and we have raised A$11,695 of the $30,000 needed to complete the building.